Ship Your Car to Texas

There’s no debate: Texas is booming. With nearly 400,000 people moving in just the past year alone, the already large Lone Star state is swelling with new people. Our Texas car shipping quote calculator gets quite a workout.
Are you and your family also thinking of making that move, to hopefully share in some of the riches that Texas offers? Need to ship your car to Texas and don’t know who to ship with? Doing a quick online search of “auto transport companies in Texas” brings back tons of results. Searching for the right fit for you and your car can seem daunting with so many companies vying for your business. Simplify your search by using a trusted rating company like Trustpilot, Google Reviews or the Better Business Bureau, to see which transportation companies are the real deal and which ones are just a Texan tall tale.

The word Texas comes from the Caddo word Tejas, which means friends. So don’t mess with friends and don’t mess with Texas!
They say everything is big in Texas. Sure enough, Texas is the second most populous US state with almost 27,000,000 people and counting. Geographically, Texas is also the second largest state in the union, only behind Alaska. It is located in the South-Central region of the United States, bordering a huge swath of Mexico, and the states of New Mexico, Oklahoma, Arkansas and Louisiana. Texas is not necessarily a part of the south, and not necessarily a part of the southwest. Texas is Texas. Talk to anyone from Texas, and they’ll tell you how unique Texas is compared to any other State in the Union. In many respects, Texas is like three different states. East Texas has a lot in common with the southern states, including thick woods, rolling hills, and even swamplands. Western Texas can get pretty parched and has a huge chunk of desert. And then you have the Mexican border towns of Brownsville, McAllen, Laredo, Del Rio, El Paso, and more. This area that stretches along the Rio Grande has a unique flavor and flair that distinguishes it not only from the rest of Texas, but also from the rest of America.

America has long observed an independent streak in the state of Texas. You have to know the history of Texas to understand why that is.

The Spanish laid claim to it first, then the French had their turn, before Mexico won it over. Texas then went on to claim their independence from Mexico in 1836. Only nine years later in 1845 Texas joined the union as a slave state. So in 1861 when the Civil War started, Texas seceded with the other southern states.

Within about a 100 year period Texas bounced around like a pinball from European pawn to Mexican territory to independent republic to statehood to independence again and back to statehood. Who’s on first? What’s on second? Even to this day some people wonder whether they think of themselves as Texans first or Americans first? It hardly matters though because those things are one and the same. Just look at the US Navy Seal hero, Chris Kyle, and you will find in one man what it means to be both a Texan and an American.

Ship Your Car To Texas

Texas has given us the 36th president of the United States, Lyndon Baines Johnson, the 41st president George Bush, and his son the 43rd president George W. Bush. President Johnson has a mixed legacy, deftly shepherding civil rights legislation through congress in 1965 that likely would not have happened without him. His ability to do that as a Southerner took moral courage and perseverance. It was almost Lincoln-esque. On the other hand, LBJ led us into the Vietnam War which was an unmitigated disaster. Thanks in large part to the Student Vietnam War Protests, President Johnson bucked the normal trend of sitting presidents and did not run for reelection in 1968.
Our 41st president, George Bush, did a magnificent job of leading a United Nations coalition in 1991 against Iraq. It took considerable skill and leadership to lead our country to victory in that war. Unfortunately, his son, Bush 43, did not fare as well. He led the nation into a war with Iraq under false pretenses with disastrous results that we are still grappling with. 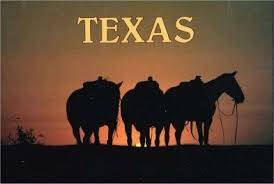 For the longest time Texas was very much a cattle state. It is almost synonymous with the American cowboy. That was especially so after the Civil War, during Reconstruction and well into the 20th century. Things changed rapidly and dramatically once they struck oil. In the mid-20th century especially after World War II, with the American car driving the economy Texas got filthy rich. Hey they were due a break.

Texans were smart with their money and invested heavily in their university system which is a model even today. There are nearly as many Fortune 500 companies in Texas as there are in California – about 57 each. High-tech industries are attracted to Texas such as oil, chemical, energy, aerospace and biomedical. There is a rich talent pool in Texas and a pro-business environment. The booming economy and growing population makes it ideal for the Texas car shipping industry.

But what about shipping your car to Texas? That’s easier done in East Texas. The Dallas-Fort Worth area is the eighth largest metropolitan area in the country. Houston is not far behind, ranking tenth. You could draw a line right down I-35 from McKinney, Denton, Frisco, Allen, Plano, Garland, Grapevine, Irving, Arlington, Mesquite, Dallas, Ft. Worth, and South through Waco, Round Rock, Austin, Georgetown, Killeen, until you hit San Antonio. Going east from there is ideal for the auto transport industry. That’s where most of the action is in Texas, including Sugar Land, Pearland, Pasadena, Katy, Spring, The Woodlands, Humble, and what is otherwise known as Houston, Texas! Speaking as an auto shipping broker, we love East Texas. Our Texas car shipping quote calculator rocks in East Texas.
The Mexican border towns are a lot harder to ship to because they are at the end of the distribution system. Shipping there certainly happens, but not as frequently, so we counsel patience, and please know that we put in a little extra money to entice a driver to make that run. This incentive is often necessary in order to get loads covered. The same can be said for the Panhandle of Texas, including Amarillo and Lubbock, and the West Texas towns of Abilene, Midland, Odessa, and San Angelo. It’s a wide open country when you get out to West Texas. Our Texas car shipping quotes calculator adjusts for that as well.

Shipping out of State with Auto Transport Companies in Texas

Now that you’ve learned a little bit about Texas history and car shipping in Texas, it’s probably best to learn a bit more about auto transportation from Texas to other states in the Union. The biggest car-shipping hubs in Texas are the Houston metropolitan area and the Dallas- Fort Worth metropolitan area, so you’ll have the most competition for your business in shipping to or from these big cities. Furthermore, if you’re looking to ship your car from Texas to California or California to Texas, you’re in luck. That route is one of the most well-traveled stretches of highway for car shipping (and general transportation) in the country, so you should be able to get a better deal shipping there than shipping to other states in the union.

Ready ship your car to Texas or ship your car from Texas? Out of the many auto transport companies in Texas, none are a better choice than our team here at Direct Express Auto Transport. Fast, fair, and effective, we make the auto shipping process simple. That’s why we’re trusted by thousands each year, and it’s why we hold an excellent Trustpilot rating.

Wondering how to get started? We make it easy to book your vehicle shipment online. You can visit our homepage, answer six simple questions online (none of which will ask for your personal information!) to get your free car shipping quote today. We were the very first company way back in 2004 to come up with an online quote calculator for shipping cars, and none of our competitors even thought to copy us for more than four years after we blazed that trail. We are innovators and independent-minded like the Texans and future Texans that we proudly serve.

Texas is a massive state with a whole variety of different terrains to cross in order to ship a car in or out. Don’t choose one those cut-rate, poorly-reviewed auto transportation companies in Texas, no matter how low their prices are. You may end up paying much more in damages, hassle, and lost time. Ship your car with a company that you know you can trust. Ship your car with us here at Direct Express Auto Transport.