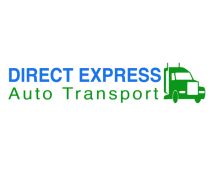 Is Owning an Electric Car Worth It?

Electric cars are everywhere. In 2010, there were only about 17,000 electric cars in operation around the world. By 2019, that number had exploded to 7.2 million, and in the same year, 2.1 million more electric vehicles reached the roads. By all estimates, electric car sales will only climb faster and steeper in the coming years as these gasoline-free cars pick up in popularity.

Now that eclectic cars are starting to look a lot more viable and appealing than they did just a decade ago, many people are asking – is owning an electric vehicle worth it? Before people make the leap to electric, they want to know if the advantages far outweigh the disadvantages? Most of all, they want to know if now is the time to go electric or whether it’s smarter to purchase one (or two) more gas cars before trying something new?

There aren’t definitive answers to these questions. A lot depends on where you live and what your lifestyle is like, especially in terms of transportation. In the end, everyone decides for themselves whether an electric car is worth it sooner rather than later. Before you make up your own mind, though, consider the advantages and disadvantages of electric cars.

Advantage – Good for the Environment 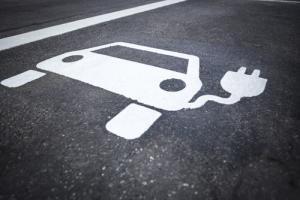 The emissions that come from the tailpipe on a gas-powered car contribute to a number of environmental problems including air pollution and climate change. Fuel-efficiency standards have been improving consistently because of a widespread acknowledgment that the more fuel we use the more harm we do to the environment. Since electric cars don’t emit anything out of the tailpipe, they don’t pollute the air or put greenhouse gases into the atmosphere. They’re considered “clean cars.” Driving an electric car not only helps you lower your personal carbon footprint and do your part to make the world more sustainable. Seeing your car on the road also helps to “normalize” the idea of electric cars and help more people feel comfortable buying them – helping to get more gas guzzlers off the roads in less time.

The distance an eclectic vehicle can travel on a full battery (known as the range) varies by make and model. For some, it’s close to 400 miles, but for others, it’s closer to 200 or less. The range of electric cars is increasing all the time, but in all cases, it’s more limited than a gas-powered vehicle. You can go forever with gas owing to the widespread availability of gas stations. But there are still relatively few electronic charging stations (about 20,000 nationwide), making it hard to plan on finding one when the electric battery begins to run low. People who want or need to drive long distances should think seriously about whether an electric power can realistically meet their automotive needs. One way to expand the range is to rely on auto transport. An electric vehicle can travel any distance you want on the back of an auto trailer, making it easy to get yours from one part of the country to another without worrying about battery life.

Gas is expensive. The average driver spends over $1,000 a year on it. For people who drive a lot or own a truck or SUV that uses more gas, the figure can be much higher. Compare that to the average electric vehicle, which costs less than $500 a year to keep charged up. Estimates suggest an eclectic car costs anywhere from ½ to ⅔ as much as a gas-powered vehicle to operate. Prices for electricity also tend to be more consistent than prices for petroleum. Anyone eager to cut their fuel budget by a lot can skip the pump entirely (and all the impulse buys that go along with it) by owning an electric vehicle.

Filling up a gas tank takes five minutes at most. Recharging the battery on an electric car takes 3 hours at best. Some take as much as 20 hours to reach a full charge, and while you don’t need to recharge completely every time, you limit your range further by leaving home without a full battery. Automakers are working hard to reduce charging times. Homeowners can also install “fast-charging” stations in their home to power up the batteries as fast as possible. But even under the best conditions, electric cars take significantly longer to recharge than gas cars take to refuel and will for some time to come. Most people aren’t used to being patient when it comes to driving. They grab their keys and hit the road whenever they please. Electric cars require a little more planning and preparation and can leave you stranded at home until your battery charges enough to reach your destination and get you back. 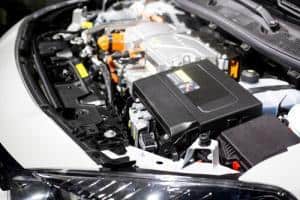 Compared to gas-powered engines, designs that run on electric power have fewer moving parts, produce less heat, and get less dirty. That’s why electric vehicles typically need significantly less maintenance than their counterparts. For example, you don’t ever need to get an oil change again, and you can expect your brake pads to last for significantly longer. Auto maintenance can be very expensive and inconvenient, making electric vehicles look both more affordable to own and more attractive overall.

Electric cars tend to cost more than models with similar dimensions, performance ratings, and features packages because of what’s under the hood. Batteries and electric motors are getting more affordable to produce, but for the time being, they inflate the price of electric vehicles, which in most cases cost $30,000 and upwards. Tax credits worth up to $7,500 can help to offset some of that cost. So can the lower cost of ownership thanks to cheap power and maintenance. Regardless, expect to see a higher sticker price for electric cars and to pay a premium for the privilege of owning one.

One of the first things you notice behind the wheel of an electric auto is that they’re nearly silent in all driving conditions. It takes a minute to adjust to the fact that you can’t hear the engine revving up and down – but few people miss the noise compared to the peaceful quiet of an electric car. Instead of listening to the engine, you can focus on conversation, music, an audiobook, of your own thoughts.

The lineup of electric cars has expanded in recent years and promises to multiply in the coming years. Currently, however, there are far fewer electric makes and models to choose from. Auto buyers are limited in terms of size, style, features, and performance. They may have to select something they like but don’t love it. If you can’t find an option you prefer near you, expand your search nationwide and rely on easy auto transport to get your vehicle from the seller’s location to yours.

Electric vehicles are permitted to travel in “carpool” lanes even with only one person in the car. If you have carpool lanes along your route to work (or anywhere) and currently can’t take advantage of them, think of how much time you might be able to save. States and cities eager to control air pollution are excited to get more electric cars on the roads. Allowing them to drive in carpool lanes and offering tax credits are two examples of how electric-car drivers enjoy special privileges – and there may be more in the works.

Are electric cars worth it? If you answered yes, your perfect model might not be sitting in a local dealership. It could be sitting on the other side of the country – offering the performance, features, style, and price you want too far away to reach. Fortunately, availability isn’t one of the disadvantages of electric cars.

Wherever you find something you like, rely on Direct Express Auto Transport to get it to you. We can also help you ship a car you sell to a buyer located elsewhere or haul your electric car to your new home after a relocation or to a vacation spot where you spend the winters. Anytime, for any reason, we are here to connect you with vehicle haulers crisscrossing the country in every direction.

Find one to haul your electric car (or any kind of auto) with our car shipping quote calculator. Then select the option that works best for your budget and schedule. We have spent years refining this process to be as simple, fast, and straightforward as possible. To get more information about anything, before or after you request a quote, please contact us.