Fortunately one of the busiest east-west interstate freeways in the country cuts right through Nebraska, I-80. So the Nebraska auto transport action, if you want to call it that, happens best in Omaha, Lincoln, Grand Island and Kearney. Omaha also benefits from the north-south interstate freeway I-29 which starts at the North Dakota/Canadian border and intersects Fargo, Sioux Falls, Sioux City, and into Omaha. From the other southern direction, I-29 continues to follow the Missouri River about 200 miles from Kansas City.

The only sudo-reliable places for Nebraska auto transport are Omaha and Lincoln, and even those towns occasionally have trouble if the corresponding shipping point is not heavily populated. Picture it this way, an auto transport carrier needs 8-10 vehicles on its back before it can hit the road. Even in towns the size of Baltimore or New Orleans, they might not have 8-10 cars ready to ship to Omaha every week. So it could take longer to amalgamate. By the way, everybody has that difficulty.

Now imagine the shipping destination or origination is some cute but remote Nebraska town such as Norfolk or Alliance? See the logistical problem? Our Nebraska car shipping quotes calculator tries to account for all those variables to lure a driver to the customer location.

We sometimes hear the very practical observation that the customer may not be in Omaha or Lincoln, but he is on I-80 and can see with his own eyes many auto transport carriers whizzing by on the freeway. So why can’t one just pick up his car and drop it off on the way to Denver or San Francisco? The simple answer is that the rate to ship a car a shorter distance will of course be less than a longer distance. 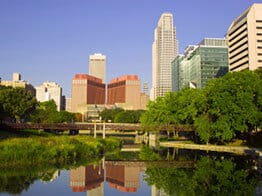 rwise that space will be empty and the carrier will lose money. Much easier therefore, to load up a carrier in Buffalo with 8-10 cars all heading to the Bay Area. So the carrier has a practical reason for not doing what seems so obvious to the customer.

Ship A Car To Nebraska

Direct Express Auto Transport is very aware of Nebraska car shipping logistics and our quotes are often padded with a little extra. We do that in the hopes of snagging a carrier and don’t do that for any other reason but to take care of our customers. The carrier balance fee is where we think it needs to be in order to get the job done. You can visit Direct Express Auto Transport to fill out a simple form and get a free car shipping quote. We make it easy to book your vehicle shipment online.