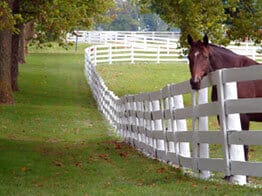 Kentucky car transport carriers pass through central Kentucky and right by Mammoth Cave National Park. The Mammoth-Flint Ridge Cave System is the world’s largest. Since 1981, it has been called a World Heritage Site and an International Biosphere Reserve. The caves stretch for about 400 miles and you better believe that Native Americans mastered every mile. Respecting nature is a hallmark of Native Americans and the mind’s eye can picture an almost ideal life for them in Kentucky. Heck, we should all be so lucky. Forget about the mortgage bill, the car payment and those pesky student loans, shuck it all and live like an Indian in Kentucky. That’s what Thoreau would do.

Moving A Car To The Kentucky Derby

One of the biggest events to take place in Kentucky is The Kentucky Derby. It is often referred to as The Greatest Two Minutes in Sports and is held in Louisville every year. This horse racing event draws people from all over the country to Churchill Downs racetrack on the first Saturday in May.

The state of Kentucky is home to 4.3 million residents, which ranks 26th in the U.S. in total population. However, it has major metropolitan areas around Louisville and Lexington that help Kentucky rank 22nd in population density. Population density is actually a good gauge as to a state’s popularity in the auto transport industry, as auto shippers prefer to run routes into and out of states that have a lot of metropolitan areas.

The main east-west interstate through Kentucky is I-64, which runs through eastern Kentucky before entering Lexington and then Louisville. I-64 is not incredibly popular in the auto shipping industry, though it is certainly can be useful. Typically, though, rates along that interstate tend to be higher because of the lack of cities it runs through.

Going north-south is a bit different, though as I-75 runs through the eastern parts of Kentucky, notably Louisville, on its way from Detroit down to Atlanta and beyond to Florida.  The other major interstate is I-65, which runs from Mobile, Alabama north through Lexington and then into Indiana, where it goes through Indianapolis and finally terminates near Chicago. This route is also popular, and both I-75 and I-65 allow shippers access to many high-profile east-west interstates such as I-20 and I-40, as well as the northern ones like I-70, I-80 and I-90.

Kentucky isn’t the best spot for a change of route, however, so most car shippers running routes through the state likely are only doing so because the route they’re on has no other really viable options. However, this does help vehicle shippers a bit, as usually they’ll be willing to take automobiles going into the state a bit cheaper because they’re headed that direction anyway.

If you’re interested in transporting your vehicle to the state of Kentucky, you can visit Direct Express Auto Transport to fill out a simple form and get a free car shipping quote. We make it easy to book your vehicle shipment online. Or you can call our toll-free telephone number at 800-600-3750 to speak to one of our live auto shipping service representatives who can answer your questions and explain more about the process.