Car Shipping And The Spring Equinox

Just as the whole of February is a continuation of the end of January, the beginning of March is more of the same. A degree of stable parity is reached whereby for several weeks from the end of January extending well into March, there is no shortage of car shipping carriers to satisfy the customer demand. Our auto transport quote calculator has little variation throughout as auto shipping prices generally hold steady. Well … at least for the first three weeks of March. 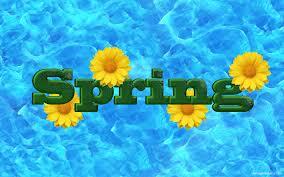 When the Spring Equinox hits then things start to get interesting in the vehicle transport world. All of a sudden the snow and ice begin to thaw in the northern states, especially New York, Pennsylvania, New Jersey, Massachusetts, Michigan, Ohio, Indiana, Illinois, Missouri, Wisconsin, Minnesota and more. The snowbirds who had shipped a car in December and January to Florida, California, Texas and Arizona, start contemplating their move home. There is a discernible uptick in customer demand for car transport.

Throughout the month of February and most of March, the number of available vehicles, called loads in the automobile transportation industry, remains relatively steady. It is most notable in regard to the state of Florida, where the number of car shipments on the national board from that state is relatively even with those shipping there. That is what we call parity, and auto transport prices reflect that steadiness. It is a calm state of affairs in the auto shipping business and customers typically receive fast service at fair cost. It should be noted that the national board, otherwise known as Central Dispatch, is not available to the general public. It is membership only for auto transport brokers and car shipping carriers. To obtain membership one needs a Department of Transportation Motor Carrier number, and that requires paperwork and fees.

Toward the end of March, the steadiness in car transport shipments shows signs of cracking and there is an increase of roughly 10% in customer auto shipping demand. Prices start to inch up. This is a dangerous time for some inexperienced or otherwise napping auto transport brokers. Adjustments in car shipping prices need to be made, especially if a customer is booking weeks in advance. All of a sudden, car shipping quotes performed in mid-March barely work in late March. And those auto transport quotes executed in late March get obliterated in early April. It is imperative that a car transport broker stay on top of it so that the customer is treated fairly. As a group we have a responsibility to the public who are making personal plans. Too few auto transport brokers take that obligation seriously, and we notice hundreds if not thousands of loads listed on the national board that have no prayer of shipping in a timely fashion. We are proactive when it comes to that and make quick corrections to vehicle shipping prices.

The Direct Express Auto Transport Quote Calculator is the original online. We were virtually alone with that incredible service for a number of years. A cheap unsophisticated software knockoff that barely works became available to scores of other brokers, who suffer reportedly high cancellation rates. The unique and one of a kind Direct Express Car Transport Quote Calculator requires no personal information and weighs several factors that the cookie cutter competitor does not. For that and many other reasons, we are considered one of the very best auto transport brokers in America!