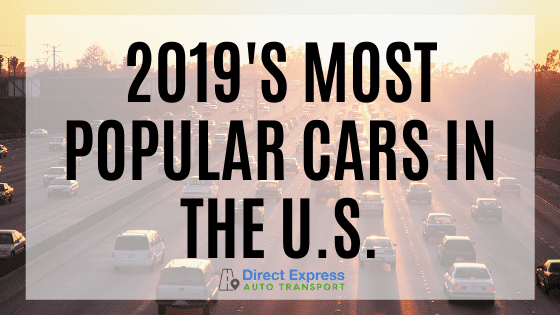 The United States automobile market is one of the largest in the world. Each year, the industry’s top automakers compete in a nationwide popularity contest to attract potential buyers. Each year, the numbers change. Here are the most popular cars in the U.S. for 2019.

Auto insurance comparison site Insurify collected data from over 1.6 million car insurance applications in the year 2019. These are the top ten most common cars.

Takeaways From the Nationwide Top 10

A Regional Look at the Most Popular Vehicles in the U.S.

Land of the Freeway: Most Popular Cars by State. Insurify Insights. 2019.

What You Need to Know About Car Shipping Time Frames

Whether you need to move your vehicle 500 miles in state or 3,000 miles across the country from Miami to Seattle, shipping your car with…

If you are reading this guide, either you or your family member serve the United States military. First things first: Thank you for your service…

The Real Cost of Shipping A Car

The most common questions we receive are about the cost of shipping a car. People can see the advantages of auto shipping, especially when compared…